Script for creating a test repository

I was having trouble wrapping my head around the forget policies (restic documentation link) so I wondered what would happen to my restic repository if I do hourly backups every day for a whole year and then running my forget command on it.

Fortunately, restic has this cool feature where you can tell it make a snapshot with a pre-defined time and date value.

I wrote a bash script that does exactly that. I bet there are people out there that also wonder how their forget command with the policies will look after a year.

I wouldn’t say its the prettiest shell script but it does its job rather well and reliably.
For example I don’t even check if there is a 31.04.2017 (hint: there is none) because that would just be too much. I just pipe the error to /dev/null bc restic won’t care about that, it will just skip that try for creating a snapshot.

Some might say that you can just calculate it - well… I suck at math so I figured out a way to solve this problem for me using this script.

Attached you find some screenshots of what it looks like when you run it.

Hope this will be a help to somebody like me. If the mods/admins think this is not a good idea, feel free to remove it.

This file has been truncated. show original 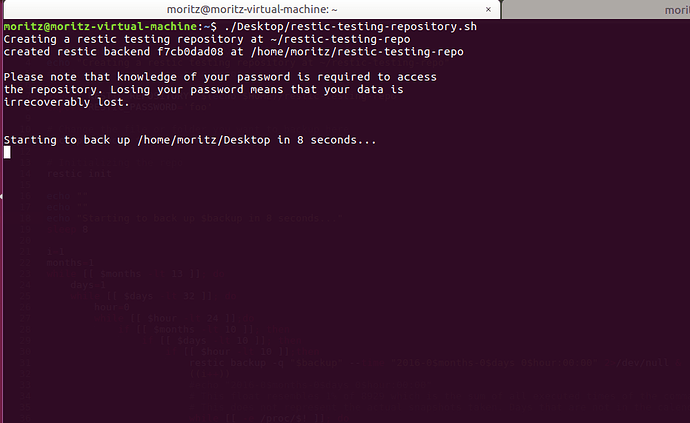 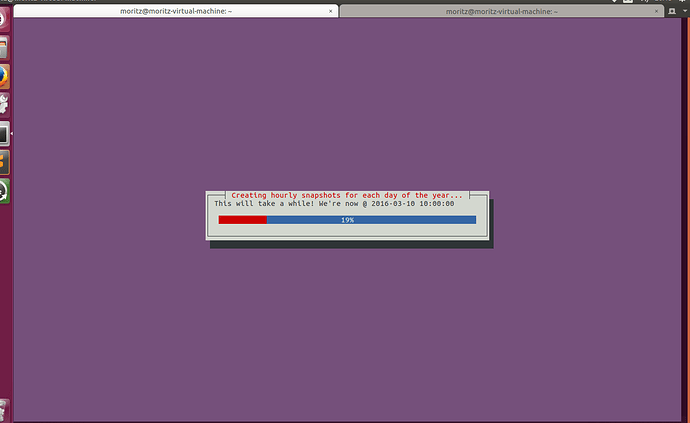 Heh nice! You can also speed up the process a lot by compiling restic with debug support (go run build.go -tags debug) and then reducing the security when creating the repo: restic init --insecure-kdf. Then each backup will take much less time. WARNING do not use repos created in this way in any production setting!